PDM is Ireland’s leading supplier of pressure creosoted timber products and we continue to evolve as a business and strive to meet market and customers’ demands.

PDM is Ireland’s leading supplier of pressure creosoted timber products and we continue to evolve as a business and strive to meet market and customers’ demands. PDM was founded in 1968, but the company’s origins can be traced back to as far as 1870 when the Martin brothers started creosoting timber products in the North Wall, Dublin. This continued right up to 1967 when the business closed down.  However, just a year later, two cousins, Patrick and Derek Martin moved the business to its present location in Kill, Co Kildare and they now supply a wide range of creosoted products to a very large customer base. PDM changed ownership in 1979 when the cousins sold the business to Ocean Transport & Trading, based in Liverpool, while both stayed on as directors until their retirement.  Then in 1987, Meyer took over control of the business and placed a large investment in the treatment side of the business. Thirteen years later, French group, Saint-Gobain bought out Meyer and in the process became the owners of PDM. 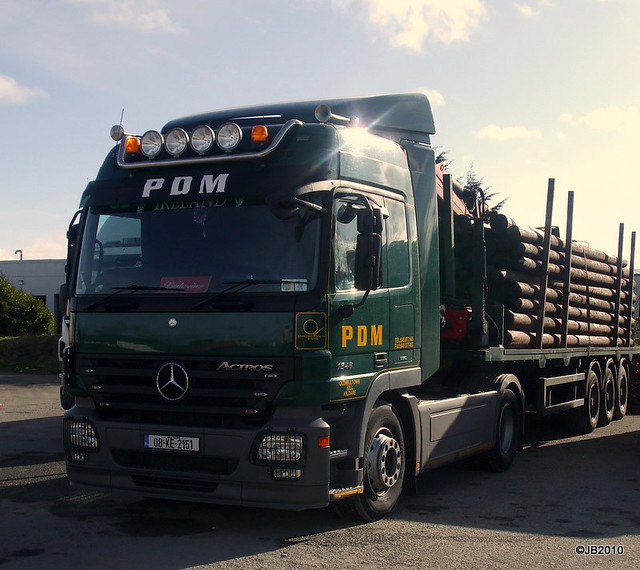 Creosote is used for wood preservation and when treated the products expected life-span is greatly increased, 20 years in some cases, and as the demand for timber products grows so to does the need for this specialised treatment.

Creosote is the oldest commercially available wood preservative and is the preferred treatment for stud farms.

Unlike fences subject to other treatments, livestock, including horses tend not to chew at a creosoted fence.

Our customer base ranges from state-owned organisations right over to the home-owner to impact many sectors of Irish life.  We supply creosoted poles and fencing to the ESB, Teagasc, Kerry Group, Glanbia, Coolmore Stud, F.R.S, Eircom and Northern Ireland Electricity. The agricultural and equine industries are also catered for as fencing, railing, gates and poles are just some of the materials used.  Retailers, building contractors, fencing contractors and the private home-owner are also part of our vast customer base.

DM is the major supplier of post & rail fencing to the thoroughbred stud industry in Ireland. Creosote is the oldest commercially available wood...

At PDM we have in stock at all times large quantities of agricultural round material. Our rounds stakes and strainers are available in multitude of lengths...

PDM preserve Telegraph and Electricity Transmission poles for the ESB, Eircom and Northern Ireland Electricity under controlled vacuum and pressure...